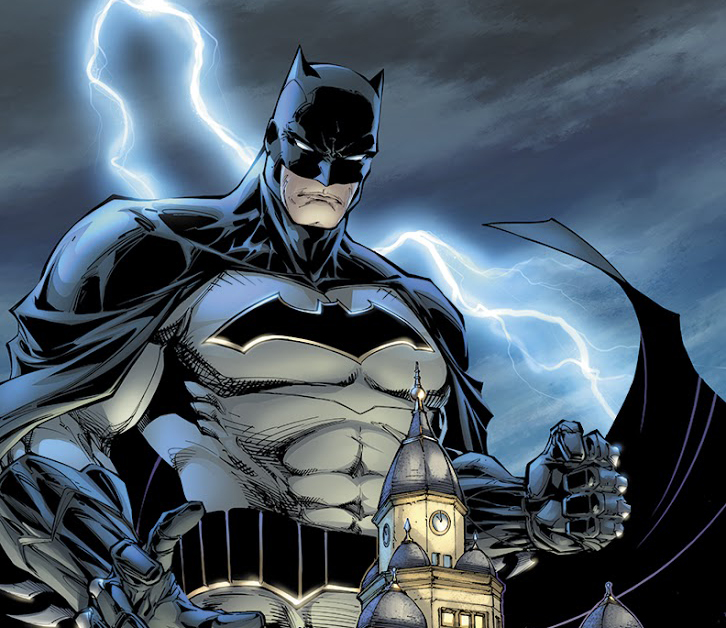 The Martian Manhunter is pretty great. One version of his origin is that J'onn J'onzz is a Manhunter, a keeper of the peace and authority figure on the planet Mars. Well trained in various skills, including telepathy, shape-shifting, and energy manipulation, and possessing a keen detective's mind with a compassionate heart, J'onn is among the greatest to have served as a Manhunter, and protected his home for many years.

In 1955, an Earth scientist named Dr. Saul Erdel, while experimenting with alien (possibly Martian) technology in secret, accidentally pulled J'onzz from Mars to Earth. This sudden revelation of a seven foot tall alien caused Dr. Erdel such a shock that his heart gave out, leaving J'onn stranded on a foreign planet with malfunctioning teleportation technology, and no easy way home.

J'onzz resolved to use his time on Earth to help others, upholding truth and justice as he had done on Mars for so many years. He has taken many forms and played many roles over the years: detective, spy, superhero, diplomat, corporate head; J'onn always uses his vast powers and abilities to protect the weak and serve the common good, as the Manhunter from Mars.

The New 52 rendition of Martian Manhunter is given in the back-up pages of Justice League of America. Here the Martians aew a telepathic race that is in full commune with one another as well as the planet itself. Green-skinned and white-skinned Martians live in peace, unlike in the previous renditions.

J'onn is supposed to become the next leader of his people and so must undertake a Rite of Passage wherein he must detach himself from his people and understand what it meant to be truly alone. The Martian race had no such concept, as it was a very communal race, and J'onn needed the training in order to lead his people.

If you want to learn more about the underappreciated Manhunter from Mars, learn more at his Comic Vine page!